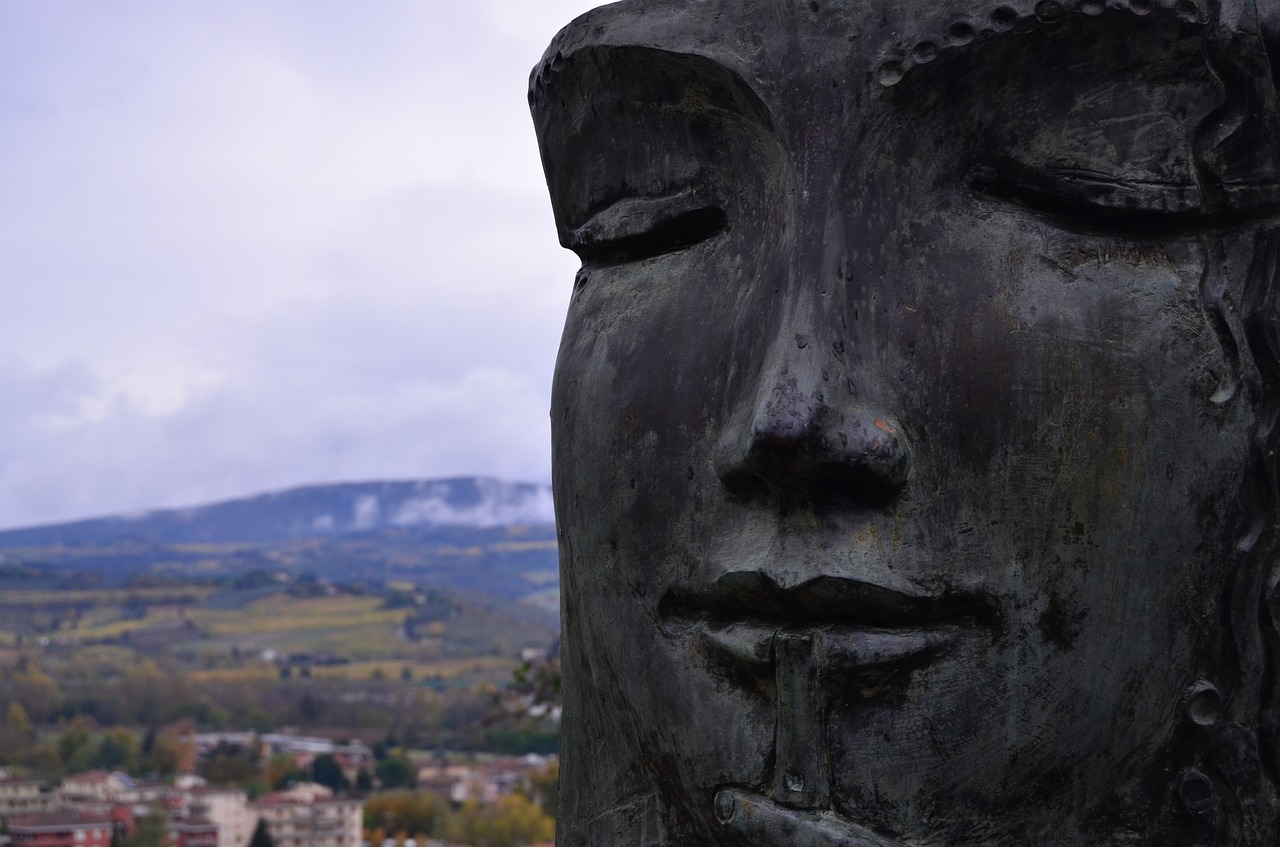 I don’t care who we are, coping with periods of transition IS difficult. Stuck, paralyzed, frustrated, irritable, fearful…these are the emotions that can haunt us during the season of change. We fear the unknown, what we don’t know how to do or what it might be once we do it, the possibility that we might regret leaving the familiar behind. When we are young, the future seems open, unwritten; and sometimes the vastness of this territory terrifies us into indecision. What if we make the “wrong” choice”? What if we “fail”? As we approach middle age, sometimes we are horrified by the decisions we didn’t make, as well as the decisions we did. We may have made choices that kept us safe, but bored, unchallenged and unfulfilled.

Even when we have lived a life that has felt very satisfying, we can arrive at our fifties and feel we want a change, something new. Perhaps we’ve always been on a growth streak, which never seems to end. And we get to yet another time of transition, and we feel inspired to move, but are simultaneously overwhelmed by having to yet again learn something different. We’re tired, wonder if we have the energy for one more change, and in our pause to think, notice our melancholy. If we shift faster rather than slower, we can avoid depression. But maybe we don’t because our fatigue, lack of motivation and stuckness have consumed us. As we near the end of life, we can fear sickness and death. Our bodies don’t quite function as we would like them to, but we feel stuck with our habits of eating poorly, sitting around the house, not moving, not learning, not doing much at all. So how do we cope?

END_OF_DOCUMENT_TOKEN_TO_BE_REPLACED 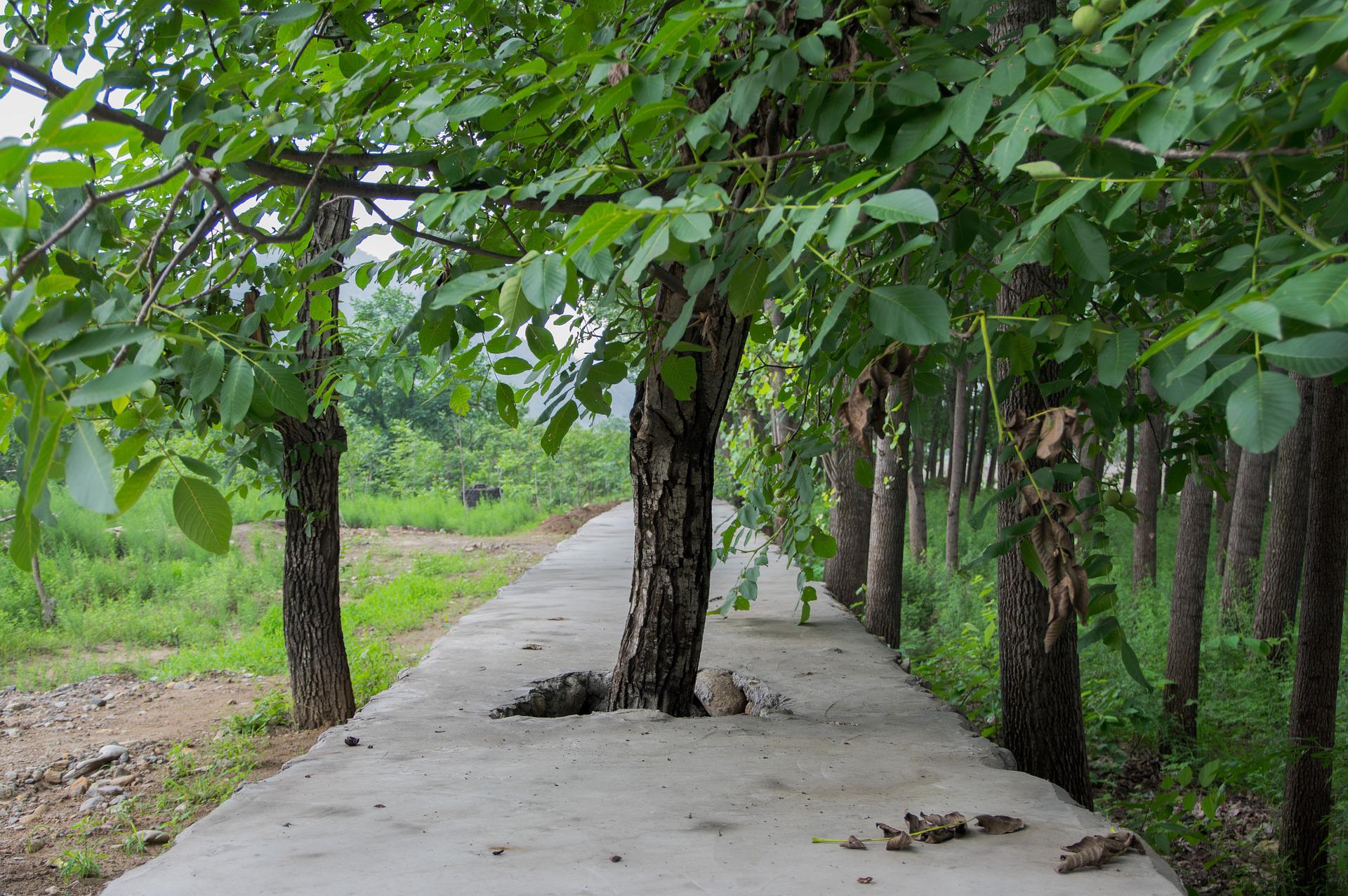 So identified with who we are not, most of us will get dizzy trying to understand this post. Yet I encourage you to pierce through the dense shell of words and letters to the essential yolk of meaning within this writing, for it is there you will remember who you are.

Most of us struggle to feel an enduring sense of identity. We fail to know who we are. It is like we are naked, bare of self. Feeling naked, we grab for the nearest clothing we can put on. Knowing not the timeless and unchanging part of ourselves, we clothe ourselves with borrowed bits and pieces. We “put on” a sense of identity, rather than wear our own. We take on a piece of mom, a part of dad, a little from our friends, a bit of our heros, and a whole lot of what we see worn by society. A patchwork quilted suit of self, stitched together from what we perceive around us, is what emerges from our taking. In our daily lives, we identify ourselves with whatever we believe is most fashionable. Bling. Boats and cars. Gadgets. Big houses. Prestigious titles. Even our thoughts are matched to the popular beliefs of the day. But in doing so, in attaching our sense of “I” to tangible objects or personal thoughts, we feel ourselves to be impermanent, disposable. Without apparent purpose or meaning. And, we set ourselves up for chronic grief and loss.

END_OF_DOCUMENT_TOKEN_TO_BE_REPLACED

Posted in Mental Health and tagged Blog
Leave a comment 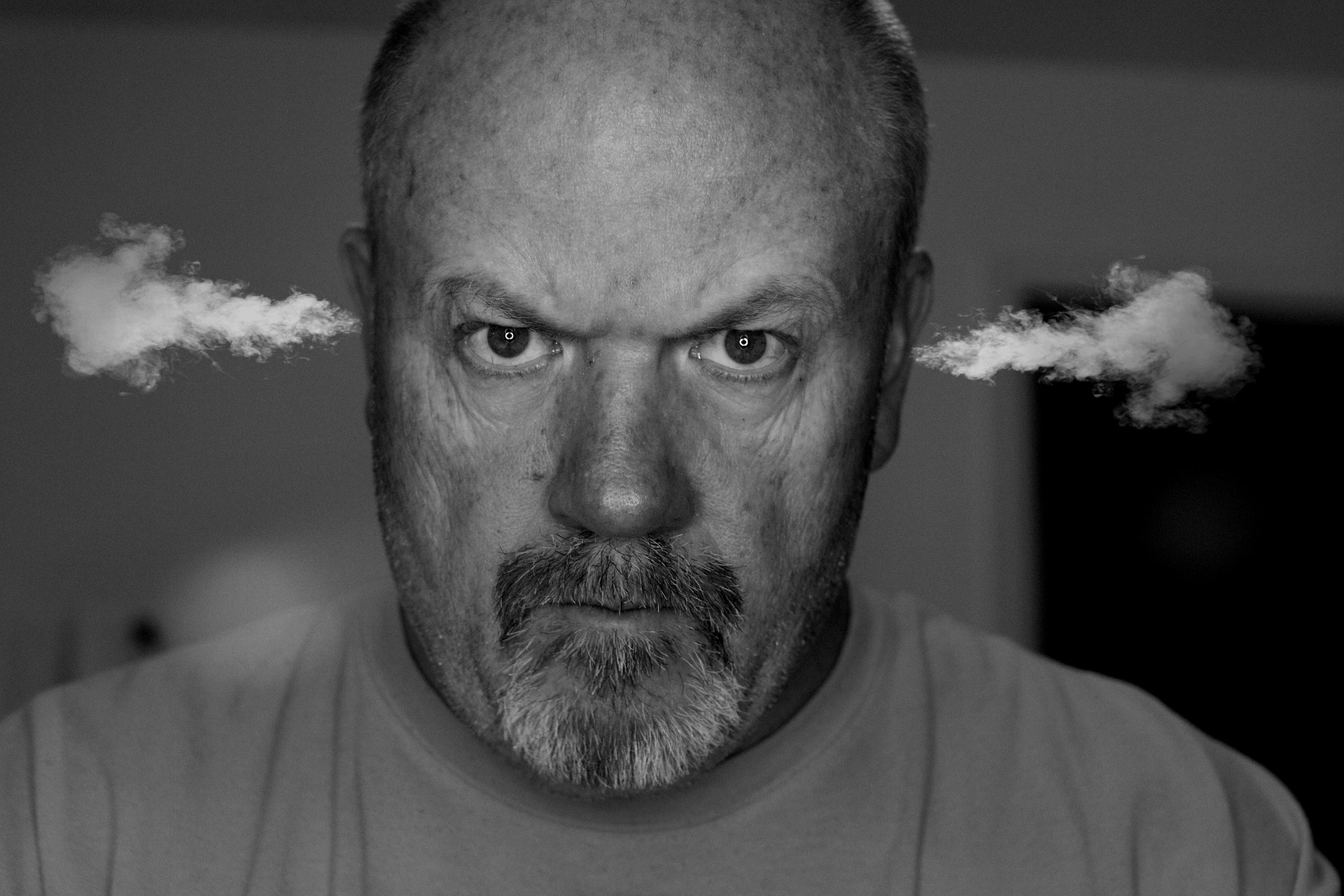 The self naturally seeks expression. When it feels held back, it feels frustrated because that is literally what is happening. The core energies of the self are being inhibited or impeded in some way, physically, emotionally, mentally or spiritually. Self is trapped. If this happens with something for just a short while, we can usually cope, especially if it is something rather insignificant. But when it goes on chronically, over a long period of time, and particularly about core aspects of self, the frustration usually turns into resentment and anger (if not clinical depression). Healing comes when we look within and notice which aspects of self are not being expressed. It is our essential responsibility to express ourselves in our life…..not passively with little effect, not aggressively where we overwhelm or harm others, but appropriately and assertively. When we assert ourselves, we speak and live our truth. We say what we have to say, with gentleness, kindness, courtesy and respect. We live authentically, yet we don’t impose our ways on others. Some of us in the world are impeded by others in overt and cruel ways beyond our control. But in our western society, that is usually not the case.

For us, when we feel frustrated and irritated, it is then we are called to take notice of which parts of the self are feeling obstructed. Before it mounts toward anger or aggression. When we wait for anger to overtake us before we make changes, it is much harder to do. Contemplate each area of your life, physically, emotionally, mentally and spiritually. Look for ways you are expressing your core self, and ways you are not. If you are already angry about something, then seek clues for how you are letting yourself or others hold you back from living an assertive lifestyle that is congruent with your highest values. Physically – Are you feeding your physical body with the nutrition, rest and activity that brings you physical balance and joy? Are your daily life and vocation aligned with your highest values? How do you spend your time and energy currency…..on what others want for you or on what you want for you?

END_OF_DOCUMENT_TOKEN_TO_BE_REPLACED

Posted in Mental Health and tagged Blog
Leave a comment 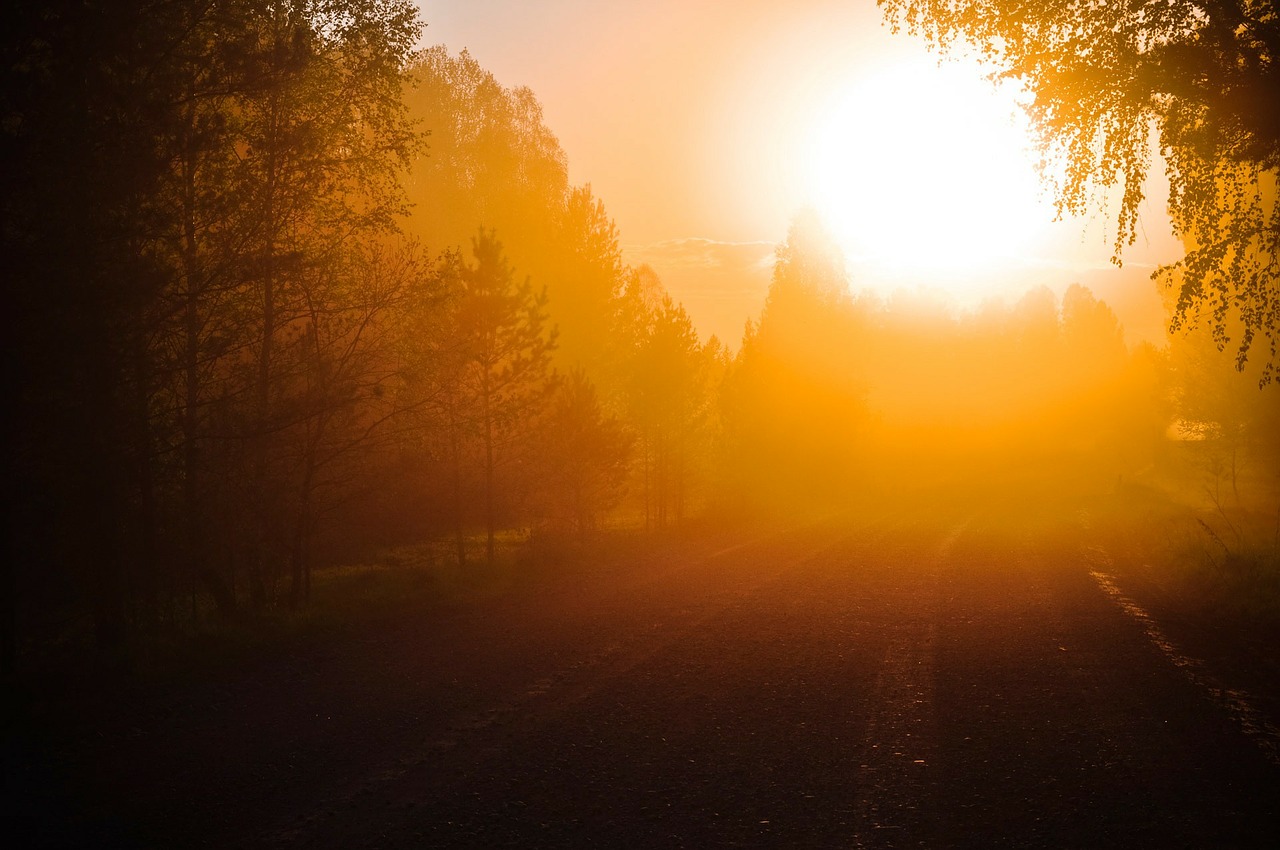 A new client came into my office recently, complaining of bipolar depression and other related emotional and physical symptoms she said had troubled her for over a decade. I asked what she had already done to try to heal her relentless fatigue, brain fog, inability to focus on her work, failing memory (hich she said had previously been photographic and now a struggle), the mounting anxiety and resultant depression.

She described over ten years’ worth of visiting various doctors, being diagnosed with depression by some and bipolar by others. Wiping away tears, she listed the multiple medications she had been prescribed, and explained how none had seemed to bring back her once vibrant sense of self. Her thirties were almost past. No longer on medication, she was now ready to try the more holistic and integrative approach to healing. Her marriage was effected, other relationships were strained, and her career as an executive was in jeopardy. As she stopped speaking, her eyes looked deeply into mine, as if I were her last hope.

I began to further assess her nutrition, inquiring as to how much sunlight and/or vitamin D3 she was receiving, how many healthy foods and/or supplements she was taking.

It sounded like she was eating, quite frankly, better than the average American. We talked about the role of various vitamins and minerals in treating depression, anxiety and bipolar. She listened as I went on and on about the importance of supplementing with liquid D3 in combination with calcium, and the role of D3 in making the body’s biochemicals; the significance of omega 3s, B6 and B12 particularly for the nervous system, brain fog, memory and concentration; and the benefits of at least a whole food multivitamin. Clearly motivated to heal, she appeared focused as we discussed the hazards of sugar, the need for healthy plant proteins like beans and legumes, and the role of cinnamon in balancing blood sugar. Glancing over the handouts I had given her (one on anxiety, another on depression, a third on improved sleep), she agreed to have her doctor test her for deficiencies and insufficiencies, and to approve dosages and combinations.